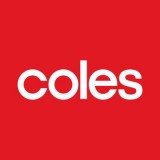 Coles Supermarkets Australia Pty Ltd, trading as Coles, is an Australian supermarket, retail and consumer services chain, headquartered in Melbourne as part of the Coles Group.

Founded in 1914 in Collingwood by George Coles, Coles operates 807 supermarkets throughout Australia, including several now re-branded BI-LO Supermarkets. Coles has over 100,000 employees and, together with rival Woolworths, accounts for more than 80 per cent of the Australian market. Coles’ large head office site in Melbourne’s inner south-east has 4,000 employees of the workforce located inside.

Between 1986 and 2006, Coles Supermarkets was a brand of Coles Myer Limited, later Coles Group Limited, prior to Wesfarmers purchasing Coles Group in 2007. It became a subsidiary of Coles Group again after Wesfamers spun-off the business in November 2018.

Friendly Grocer (formerly known as Four Square) is a small supermarket chain operating in Australia. The chain was founded in New Zealand in 1923 and expanded to Australia in 1956. Since the success of Four Square the 'Friendly Grocer' brand was introduced in 2006.

There are over 450 stores in Queensland, New South Wales, Victoria, South Australia and the Australian Capital Territory. Its current slogan is "Just around the corner". Its main competitors are IGA, Foodworks, Food For Less and many other small supermarket chains.

Godfrey Cohen founded the first Godfreys store in 1931 in Prahran, Melbourne. The business expanded within Australia as demand from customers increased after World War Two, and the product range grew from solely bagged vacuum cleaners to include steam mops, carpet shampooers and bagless vacuum cleaners over time. Godfreys was sold to private equity companies Pacific Equity Partners and CCMP Capital Asia for $350m in 2006. In 2012, the business underwent a major restructure to reduce debt by over 90% and replaced outgoing CEO Stephen Heath with industry veteran Tom Krulis.

Home is known for its distinctive advertisements with two animated dog mascots: Rusty and Sandy, often making fun or pointing out perceived flaws of another unnamed hardware store — usually implied to be Bunnings.

Home Hardware sells paint, general hardware, power tools and garden products to the DIY market, as well as timber and building products to the builder and trade markets. 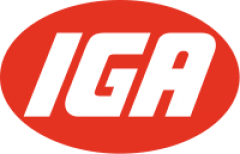 Independent Grocery Alliance (IGA) is an Australian chain of supermarkets. IGA is owned by Metcash, but individual IGA stores are owned independently. Its main competitors are Woolworths, Coles and Aldi. It is the fourth largest chain, since Aldi overtook Metcash in supermarket revenues. In 2019 it was reported that IGA had 7 per cent of the grocery market.

Kmart Australia Limited is an Australian-based chain of retail stores (low-price stores), owned by Wesfarmers. It operates 233 stores across Australia and New Zealand,[2] with its head office located in Mulgrave, Melbourne.

Wesfarmers was founded in 1914 as a co-operative to provide services and merchandise to Western Australian farmers. It was listed on the Australian Securities Exchange in 1984 and grew into a major retail conglomerate.

Woolworths Group was a listed British company that owned the high-street retail chain Woolworths. It also owned other companies such as the entertainment distributor Entertainment UK, and book and resource distributor Bertram Books.

Woolworths Group Limited is a major Australian company with extensive retail interest throughout Australia and New Zealand. It is the second largest company in Australia by revenue, after Perth-based retail-focused conglomerate Wesfarmers, and the second largest in New Zealand. In addition, Woolworths Group is the largest takeaway liquor retailer in Australia, the largest hotel and gaming poker machine operator in Australia, and was the 19th largest retailer in the world in 2008.