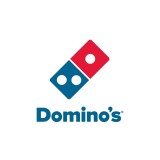 Domino's Pizza, Inc., branded as Domino's, is an American multinational pizza restaurant chain founded in 1960. The corporation is headquartered at the Domino's Farms Office Park in Ann Arbor, Michigan, and incorporated in Delaware. In February 2018, the chain became the largest pizza seller worldwide in terms of sales.

Hungry Jack's Pty Ltd is an Australian fast food franchise of Burger King Corporation. It is a wholly owned subsidiary of Competitive Foods Australia, a privately held company owned by Jack Cowin. Hungry Jack’s owns and operates or sub-licences all of the Burger King/Hungry Jack's restaurants in Australia. As the master franchise for the country, the company is responsible for licensing new operators, opening its own stores and performing standards oversight of franchised locations in that country. With over 390 locations across Australia, Hungry Jack's is the second largest franchise of Burger King in the world.

KFC, also known as Kentucky Fried Chicken, is an American fast food restaurant chain that specializes in fried chicken. Headquartered in Louisville, Kentucky, it is the world's second-largest restaurant chain after McDonald's, with almost 20,000 locations globally in 123 countries and territories as of December 2015. The chain is a subsidiary of Yum! Brands, a restaurant company that also owns the Pizza Hut, Taco Bell, and WingStreet chains.

McDonald's is an American fast food company, founded in 1940 as a restaurant operated by Richard and Maurice McDonald, in San Bernardino, California, United States. They rechristened their business as a hamburger stand, and later turned the company into a franchise, with the Golden Arches logo being introduced in 1953 at a location in Phoenix, Arizona. In 1955, Ray Kroc, a businessman, joined the company as a franchise agent and proceeded to purchase the chain from the McDonald brothers. McDonald's had its original headquarters in Oak Brook, Illinois, but moved its global headquarters to Chicago in early 2018. 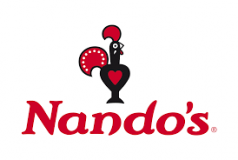 Nando's is a South African restaurant chain that specialises in Portuguese food, such as peri-peri style chicken dishes. Founded in Johannesburg in 1987, Nando's operates over 1000 outlets in 35 countries. Their logo is the famous Portuguese symbol, the Rooster of Barcelos. 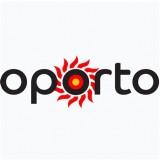 Oporto is an fast food restaurant franchise with a Portuguese-theme. Oporto specialises in Portuguese style chicken and burgers. 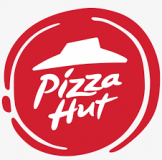 Pizza Hut is an American restaurant chain and international franchise which was founded in 1958 in Wichita, Kansas by Dan and Frank Carney. The company is known for its Italian American cuisine menu, including pizza and pasta, as well as side dishes and desserts. Pizza Hut has 18,431 restaurants worldwide as of December 31, 2018, making it the world's largest pizza chain in terms of locations. It is a subsidiary of Yum! Brands, Inc., one of the world's largest restaurant companies. 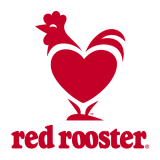 Red Rooster is an Australian fast food restaurant chain founded in 1972 that specialises in roast chicken. Their product range includes whole roasts, half roasts, wraps, burgers, fish related products, salads, beverages and desserts. It is owned and operated by parent company Craveable Brands, which also own Oporto and Chicken Treat.

As of 2012, there are over 360 Red Rooster stores in all Australian states except Tasmania. In 2019 seven Red Rooster stores, all located on the Sunshine Coast, suddenly closed. Concerns about Red Rooster's franchise model have been raised, in that the focus on poultry makes it difficult for them to respond quickly to new consumer trends.

Subway is an American privately held restaurant franchise that primarily sells submarine sandwiches (subs) and salads. It is one of the fastest-growing franchises in the world and, as of October 2019, had 41,512 locations in more than 100 countries. More than half its locations (23,928 or 57.6%) are in the United States. It also is the largest single-brand restaurant chain, and the largest restaurant operator, in the world.

Subway's international headquarters are in Milford, Connecticut, with five regional centres supporting the company's international operations. The regional offices for European franchises are located in Amsterdam (Netherlands); the Australian and New Zealand locations are supported from Brisbane in Australia.